What do we do when we feel threatened?

We try to cope with the threat, regain safety. We either fight or flee. Both reflexes are part of our ‘emergency-equipment’ and, as such, natural self-protective responses to threat. It is an evolutionary tool within each animal, controlled by the amygdala that resides in the lowest most primitive part of the brain. 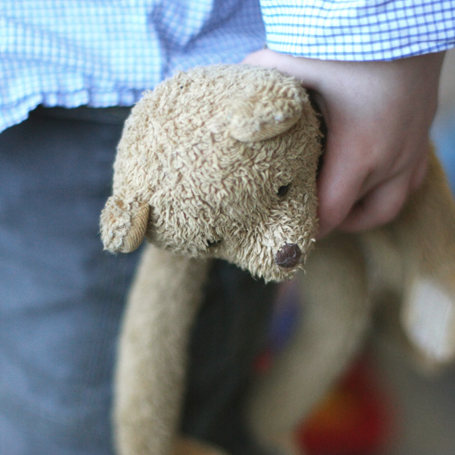 In the evolution the amygdala has remained intact from reptile to mammal, which indicate that feeling safe or regaining a feeling of security is a primary need in life, for all species.

The main pedagogical question here is: do we offer children a secure or insecure base?

Dikkedeur has a great awareness of the importance of emotional security. Branch-wide this is lacking in childcare. There is eye for excesses, like abuse and physical safety (such as safe beds), but the day-to-day emotional security gets no conscious and well-considered attention. In consequence, there is not enough awareness of the impact of our raising practice on creating or losing a secure base. Rejecting children (and their natural characteristics), blackmailing, manipulating (if you do what I want… then you’re sweet, if not…) and punishing them, is very threatening to the child and will raise a lot of fear or even anger. In case children respond in emergency to those threads and start fighting for instance or being aggressive in any other way, they are being rejected and punished again, which further enhances the feeling of threat.

Dikkedeur, however, is a secure haven for children. We do not punish, nor do we manipulate, blackmail or reject children in any other way. The emergency response (of self-protection) is recognised and understood.